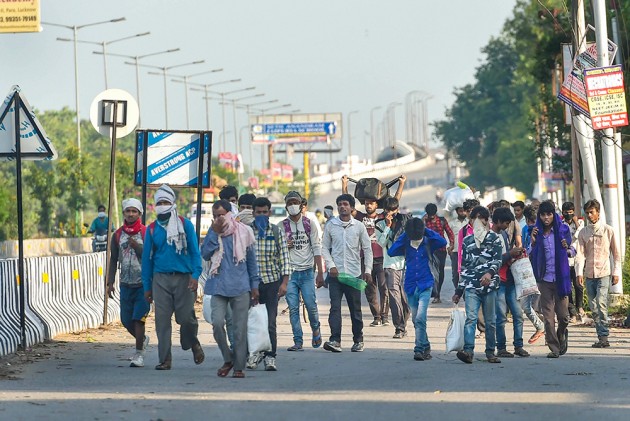 Awanish Awasthi, Uttar Pradesh Additional Chief Secretary (Home), wrote to Gandhi seeking the details of 1000 buses and drivers, news agency ANI reported. Awasthi was replying to Gandhi’s May 16 letter to the CM Yogi Adityanath seeking permission to ply 1000 buses for the migrants after a road accident took place in Auriyya where 24 workers lost their lives.

Around 980 buses returned to Bharatpur, Alwar and other parts of Rajasthan on Monday after not getting permission from UP government to enter the state. The Congress had said it would move a fresh application and its leaders are scheduled to meet Chief Minister Yogi Adityanath.

After the UP government had said that they did not get the list of the buses from the Congress, the party leaders said they will give the list to the chief minister’s office on Monday.

“From last three days, Priyanka Gandhiji has been writing to the UP CM to allow buses in the state, but permission was not granted and after 12 hours the buses had to return,” said UP Congress leader and former Union Minister Jitin Prasada.

Congress General Secretary Gandhi on Sunday had urged the Yogi government to allow the buses to enter the state which have reached the border and are now stranded. She had released a video appeal to the UP Chief Minister.

Around 400 buses had reached Bahaj Goverdhan border with migrant labourers.

Gandhi had arranged 500 buses to take migrants from Rajasthan’s Alwar and Bharatpur but the Congress said it did not get permission from the UP government to enter the state.

Priyanka Gandhi, who is also in charge of party affairs in eastern Uttar Pradesh, said that the Congress will bear the cost of these chartered buses at a time when the migrants are finding it tough to return homes safely.

“Lakhs of workers are trying to get back to their homes while walking from various parts of the country and there are not enough arrangements made for them. We wish to operate 500 buses each from Ghazipur and Noida borders,” Priyanka Gandhi said in the letter to Yogi Adityanath.

She asserted that the “nation-builders cannot be left to fend for themselves in such times”.

(With inputs from IANS)