Diljit Dosanjh, the heart-throb from Punjab who made an impressive acting debut in Bollywood with Udta Punjab (2016), returns with Soorma, playing the former captain of the Indian hockey team Sandeep Singh in a biopic, billed as ‘the greatest comeback story’. In 2006, Sandeep was hit by a stray bullet on a train barely a few days before the Indian team was to leave for Germany for the World Cup championships. Left paralysed for two years after the accidental gunshot, Sandeep not only recovered miraculously but also became the captain to take the Indian team to greater heights. The actor-singer talks to Outlook about Soorma, which hit the screens on July 13, and more. Excerpts from the interview:

When the offer to play the legendary Sandeep Singh in his biopic, Soorma came your way, what were your initial thoughts?

When I read the script of Soorma, I realised that Sandeep Singh had an extraordinary journey both as a player and an individual. He was representing India in hockey when he was hit by a bullet, which left him paralysed for two years. Everybody, including the doctors, thought that his career was finished since he was not able to walk, let alone play. But he demonstrated remarkable resilience to not only stage a great comeback as a player but also went on to become the Indian captain. He also went on to set records in the game at the international level by dint of sheer hard work and determination. 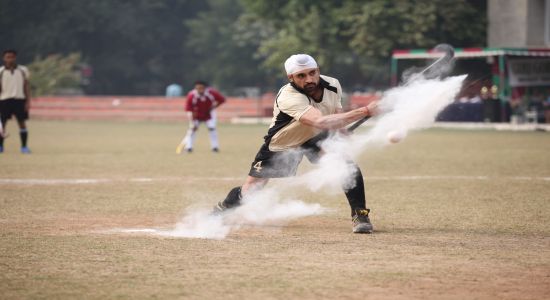 Were you aware of Sandeep’s journey before you were asked to portray him on the screen?

All I had only known that he was the captain of the Indian team. I did not know about the way he fought back after his crippling mishap. Hockey players have to use their back all the time while playing and he was hit by a bullet in his back itself. How he managed to come back is something that, I am sure, will touch the chord with the audiences. It is a truly inspiring story for all of us.

What was your experience like, of playing such a character?

While I was shooting for the film, I wondered as to how did Sandeep paaji pull off such an extraordinary comeback. After being confined to his bed for two years, it must have been extremely tough for him to return to the game he loved. It is not possible for an ordinary person. That is why his biopic has been called Soorma (A brave warrior). 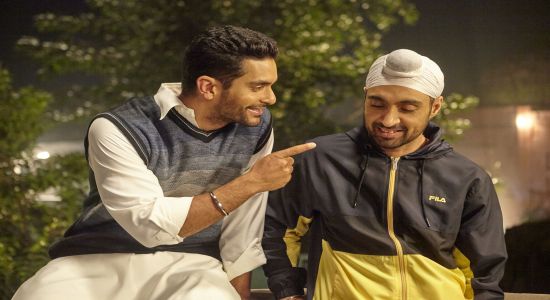 I am sure you must have spent a lot of time with Sandeep while preparing for the role.

Did he ever feel like giving it up all and resigning to his fate when he was paralysed? Did you ask him about it?

Yes, during the shoot, I used to ask him about those days. I would ask, ‘How did you cope with your trying times’, ‘How did he come out of it’ and all of that. I did try to read his mind while doing those scenes. I also asked him about his feelings when people left him to fend for himself. I also got to know how his elder brother Bikramjit (played by Angad Bedi in the film) helped him in his great fightback.

Did you also learn how to play drag flick, a scoring technique, which he was famous for on the field?

Yes, during the month-long training, I did try to practise the drag flick shots under his watchful eyes.

Taapsee Pannu is playing his romantic interest in Soorma. Is her character real or fictional?

Hers is a real character. Sandeep had developed an interest in hockey primarily because of his love affair. 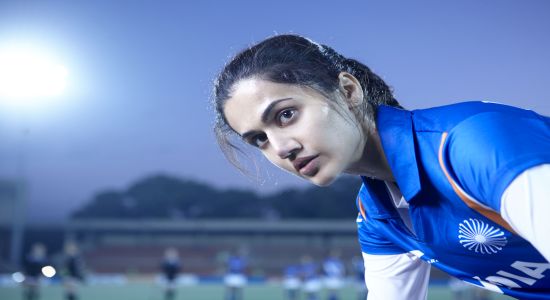 We are witnessing a spurt in the biopics these days, especially those of sportspersons. Next month, Akshay Kumar’s Gold, a film on the life story of Balbir Singh, who was part of the three Indian gold medal-winning teams after Independence, is slated for release.

It is good that such biopics are being made. And they should be made. People love to see the biopics on the sportspersons and get inspired with their life stories.

You wear multiple hats. Apart from being an actor, you are also a singer, a reality show host, TV presenter et al. Which role has proved to be most difficult?

All the roles give me pleasure and satisfaction. I don’t find anything difficult. But I am still trying to find out in which role the people like me the most. Sometimes you spend a lifetime to know that. But I want to do all kinds of the roles. I don’t want to get typecast.

Punjabi artistes and technicians have contributed a lot towards the rise of Hindi cinema over the years but the regional cinema in their own state has stagnated?

Everybody is trying now. In the past seven-eight years, the Punjabi film industry has made rapid strides but comedy remain most popular genre there, unlike, say Hindi, Marathi or the southern cinema where all kinds of films are being made. 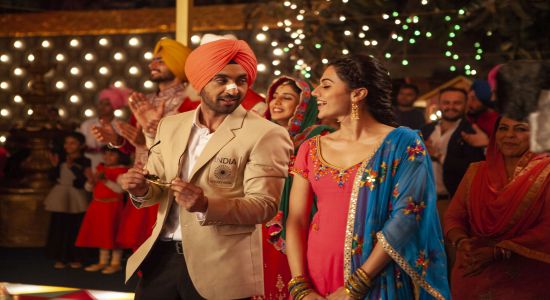 The Hindi film industry is heavily influenced on Punjabi music but many critics believe that melody is missing from a majority of its songs these days.

I cannot speak on behalf of others but I got the opportunities to sing two melodious songs. After Udta Punjab, I have sung a melodious song in Soorma, which has been composed by Shankar-Ehsaan-Loy and penned by the great Gulzar Saheb. I am lucky that way.