Chief Minister Ashok Gehlot chalked out a strategy to contain the spread of COVID-19 and formulated a cluster containment plan. 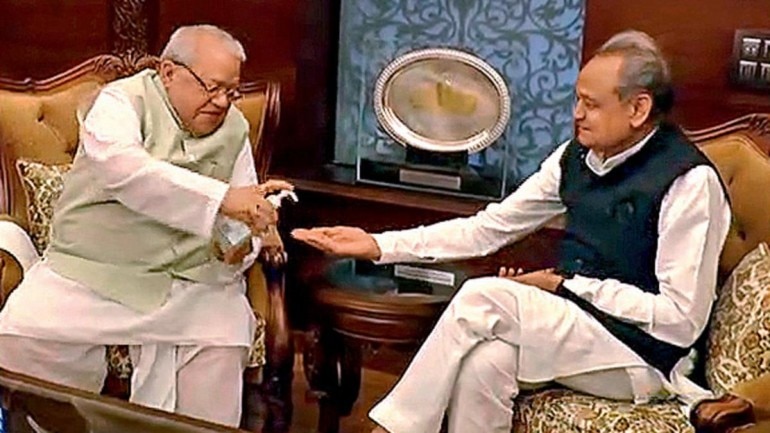 As soon as Rajasthan reported its first case on March 2, Chief Minister Ashok Gehlot chalked out a strategy to contain the spread of COVID-19 and formulated a cluster containment plan. The plan was devised to contain the disease within a defined geographic area by early detection, breaking the chain of transmission and thus preventing its spread to new areas. This includes implementing geographic quarantine, social distancing measures, enhanced active surveillance, testing of all suspected cases, isolation of cases, home quarantine of those who came in contact with positive cases and social mobilisation to follow preventive public health measures.

The impact of this strategy was evident in Bhilwara. Gehlot ordered a complete, ruthless ban on movement in the city which had become a hotspot and even reimposed a curfew to prevent any recurrence. When he found that some local leaders and activists in Ramganj, a Muslim colony in Jaipur, were browbeating authorities and cops were not being firm about imposing the curfew (the neighbourhood has turned into yet another hotspot of infection), Gehlot immediately ordered a strict lockdown there, similar to the one in Bhilwara.

Meanwhile, in some areas, Gehlot has allowed movement of agricultural equipment and fresh produce, opening of fertiliser stores and other shops.

Gehlot has, however, been careful to not politicise the crisis and has avoided blaming the BJP-ruled Union government for any lapses. Instead, he has ordered his officers to fully abide by the Centre’s directives. Working nearly 16 hours a day, he has been hands on about the state’s coronavirus combat strategy, often sending quick instructions to ensure food supplies whenever he gets messages from activists, NGOs and independent channels about people going hungry.

The chief minister was also quick to announce Rs 1,000 for every poor family in the state (Rs 310 crore has already been transferred), released a dearness allowance instalment for government employees and incentives for healthcare staff even as he deferred 75 per cent of his own March salary. His ministers and most state employees have pitched in. He has also given relief to hotels and industries, reducing some of the mandatory charges.