Yediyurappa, in fact, started early in his efforts to arrest the spread of the virus. 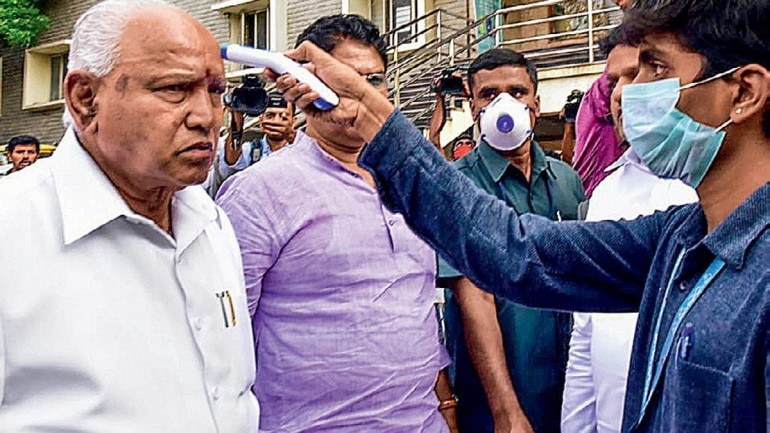 The political school that Karnataka chief minister B.S. Yediyurappa belongs to never believed in the power of social media. But in the past three weeks, he has turned to it, again and again, to be seen and, more importantly, be heard. The CM has been addressing people through social media channels at least once a week, creating awareness about COVID-19 and informing people about the government’s preparations.

Yediyurappa, in fact, started early in his efforts to arrest the spread of the virus. Even before the Centre announced the nationwide lockdown, he had announced a shutdown of seven districts, including Bengaluru, where positive cases were reported. He also announced the formation of a task force, putting health minister B. Sriramulu and medical education minister K. Sudhakar on the job to monitor the situation.

The BJP stalwart has also been putting emphasis on creating a positive environment in this depressing time. The Karnataka government has been encouraging doctors and health workers to put out ‘motivating experiences’ on social media. The chief minister has also donated a year’s salary to the CM’s relief fund and urged ministers, MPs and MLAs to follow suit.

Unquiet in the Himalayas – Nation News

Votes and the CAA – From India Today magazine News

Leading from the front – Nation News